The Manufacturing Process And Its Development History Of Spring

Generally, the amount of shape change is directly related to the amount of force applied. However, if too much force is applied, the spring will be permanently deformed and will never return to its original shape.

The Background Of Spring

There are mainly the following types of springs. Among them, the most common one consists of filaments wound into a cylindrical or conical shape. A tension spring is a helical spring whose coils are usually in contact with each other. 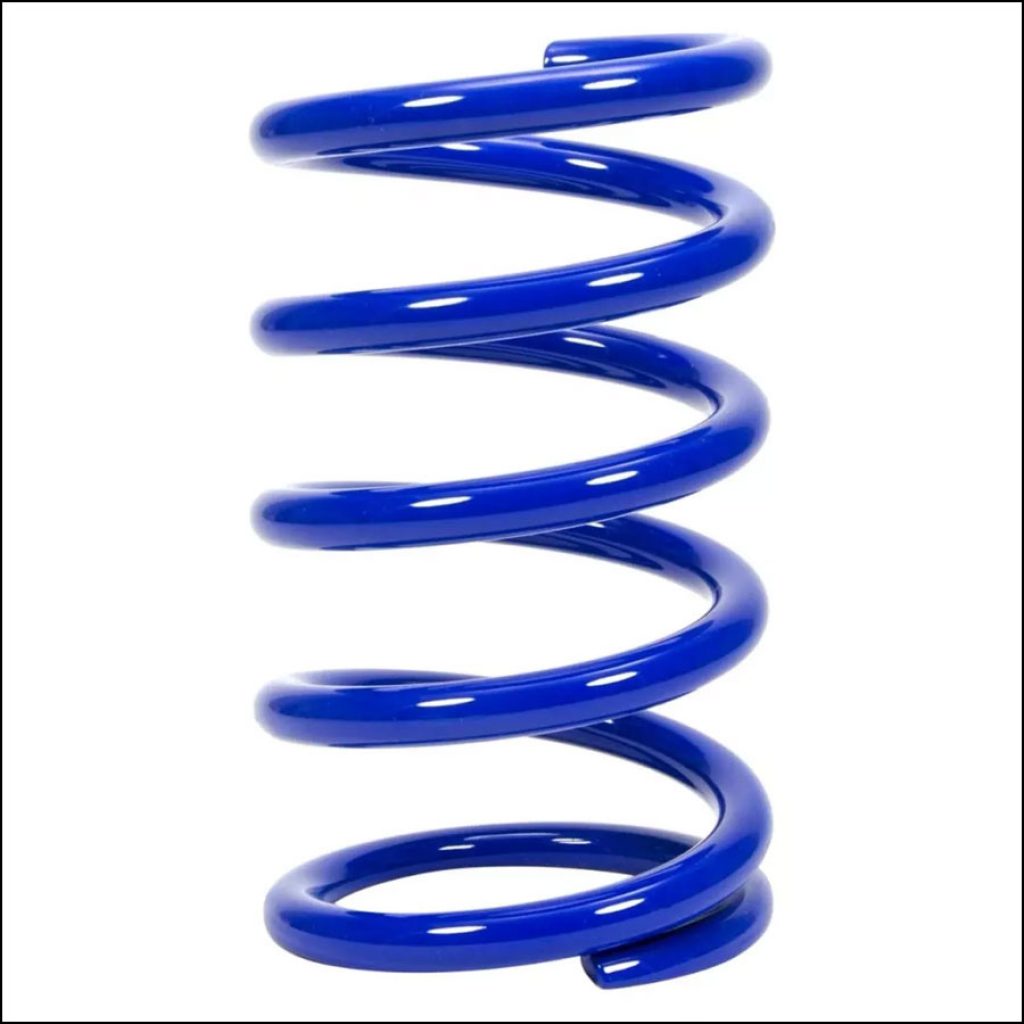 The third type of coil spring, called torsion spring, causes the coil to be twisted into a tighter spiral shape by external force. Common examples of torsion springs appear in clipboards and butterfly hairpins.

Another variation of the spiral spring is the watch spring, which is coiled into a flat spiral disk instead of a cylinder or cone. One end of the spring is at the center of the spiral, and the other end is at its outer edge. 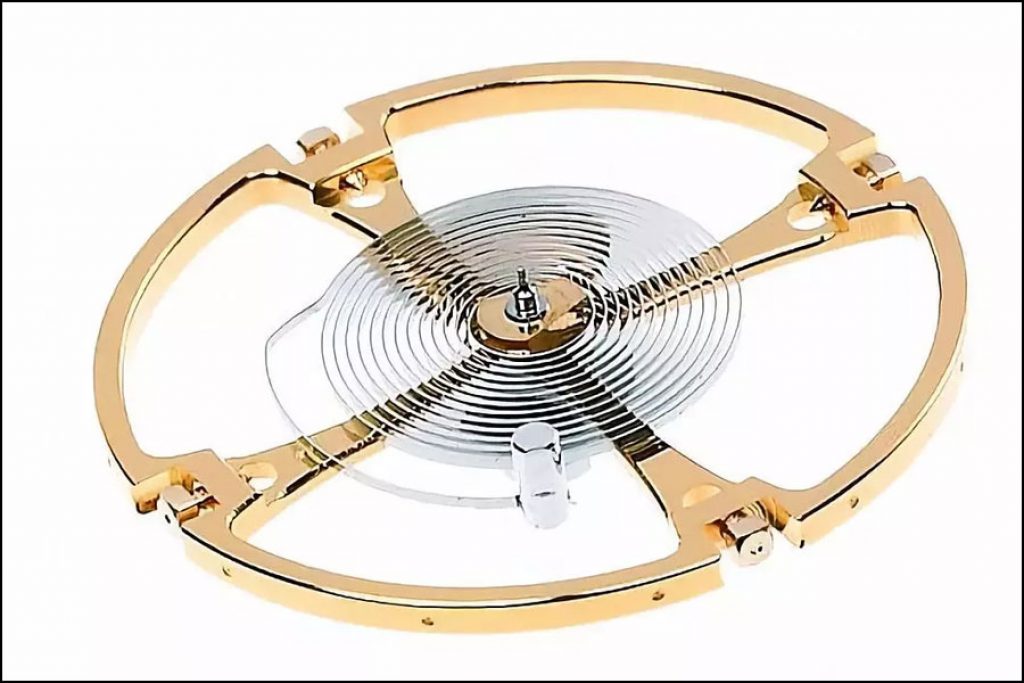 Some springs are not made of coils. The most common example is a leaf spring, which is shaped like a shallow arch and is usually used in automobile suspension systems. The other type is a disc spring, a washer-like device similar to a truncated cone. Open solid cylinders and elastic materials can also act as springs. Non-coil springs generally function as compression springs.

The History Of Spring

Very simple, non-coil springs have been used throughout history. Even elastic branches can be used as springs. More complex spring devices date back to the Bronze Age, and eyebrow tweezers are more common in several cultures. In the third century BC, engineer Ctsii Bius in Alexandria, Greece, developed a process for manufacturing “elastic bronze” by increasing the proportion of tin in copper alloys, casting parts, and hardening it with hammers. He tried to use leaf springs to operate military catapults, but they were insufficient. In the second century BC, another catapult engineer, Philo of Byzantium, built a similar device, apparently with some success. Padlocks were widely used in the ancient Roman Empire. At least one type of padlock used a bent metal leaf to keep the device closed until the metal leaf was compressed by the key. The lock could not be opened.

The next major development in spring history was in the Middle Ages. A power saw designed by Valadde Hunnururt uses a water wheel to push the saw blade in one direction while bending a rod; when the rod returns to its unbent state, it pulls the saw blade in the opposite direction.

The spiral spring was developed in the early fifteenth century. By replacing the gravity system and using a spring mechanism to power the clock, watch manufacturers can make reliable portable timekeeping devices. This progress has made it possible for the precise celestial navigation of ocean-going ships.

In the eighteenth century, the Industrial Revolution promoted the development of mass production spring technology. In the 1780s, British locksmith Joseph Bramah used a spring winding machine in his factory. Obviously it was modified from a lathe, and the machine replaced a cutting head with a flat cable. The wire on the reel is wound around a fixed rod on the lathe. The speed of the lead screw makes the reel parallel to the screw rod and can be adjusted to change the spacing of the spring coils.

Ferroalloy is the most commonly used spring material. The most popular alloys are high carbon materials (such as steel wire for guitar strings), low carbon oil quenched and tempered, chromium silicon, chromium vanadium and stainless steel. Other metals sometimes used to make springs are beryllium copper alloy, phosphor bronze, and titanium. Rubber or urethane can be used for cylindrical, non-coil springs. In a very high temperature environment, ceramic materials for coil springs have been developed. One-dimensional glass fiber composite materials are being tested whether they can be used for springs.

Various mathematical equations have been developed to describe the characteristics of springs, based on factors such as wire composition and size, coil diameter, number of coils, and expected amount of external force. These equations have been incorporated into computer software to simplify the design process.

The following focuses on the manufacturing process of steel coil springs.

Wire with a diameter of 0.75 (18 mm) can be coiled using one of two basic techniques at room temperature. Wrap around a shaft called a shaft or mandrel. This can be done on a dedicated spring winding machine, a lathe, an electric hand drill with a mandrel clamped on the chuck, or a winder operated by hand. A guiding mechanism, such as a lead screw on a lathe, must align the wire with the required pitch (the distance between successive coils) when winding the core rod. In another case, the wire can be wound without a mandrel. This is usually done with a central navigation computer (CNC) machine. Push the wire onto the support block so that it faces a slotted head, deflecting the wire and forcing it to bend. The head and the support block can move relative to each other in five directions to control the diameter and pitch of the spring being formed. For tension or torsion springs, after the winding operation is completed, the ends are bent into the desired loops, hooks or straight sections.

If the metal is heated to make it soft, a thicker wire or bar can be coiled into a spring. Standard industrial coilers can handle steel wire with a diameter of 75 mm. According to reports, some custom-made springs are made of 150 mm rods. The steel is heated and wound on the mandrel. Then take it out of the coiler immediately, put it in oil, quickly cool and harden. At this stage, the steel is too brittle to function as a spring and must be tempered later.

Whether the steel is hot-coiled or cold-coiled, this process creates stress in the material. In order to relieve this stress and keep the steel’s unique elasticity, the spring must be tempered and heat treated. The spring is heated in the furnace, held at the appropriate temperature for a predetermined time, and then allowed to cool slowly. For example, a spring made of wire is heated to 500°F (260°C) for one hour. 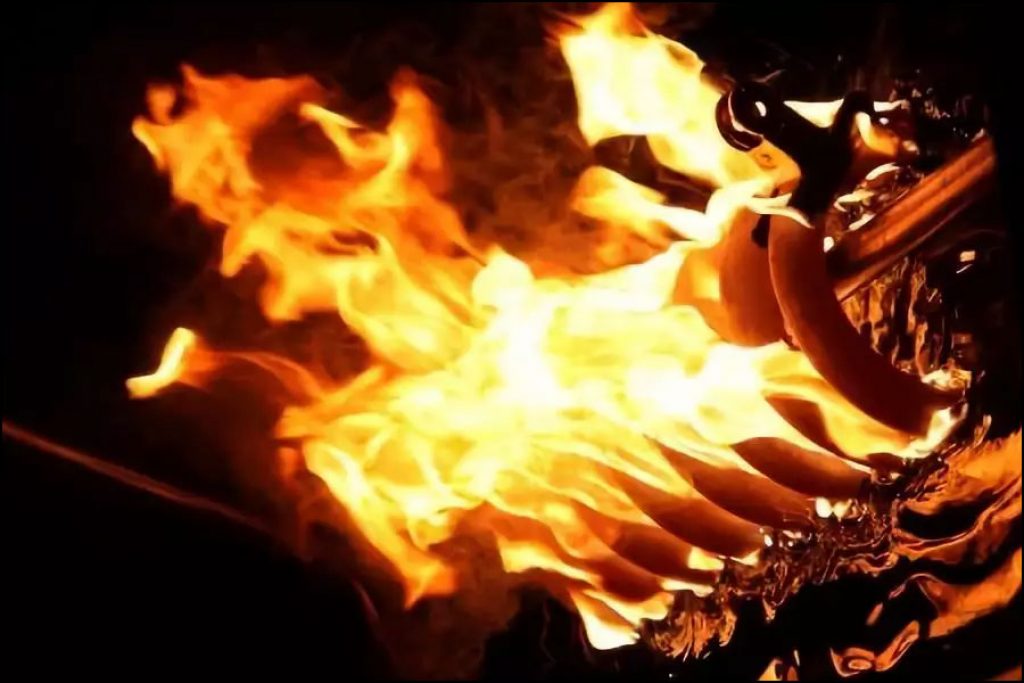 In this process, the fatigue life of the steel during repeated bending is strengthened, and the fatigue and cracking of the metal is resisted. The entire surface of the spring is exposed on a series of small steel balls. Hammering it makes it smooth and compresses the steel below the surface to obtain residual compressive stress. 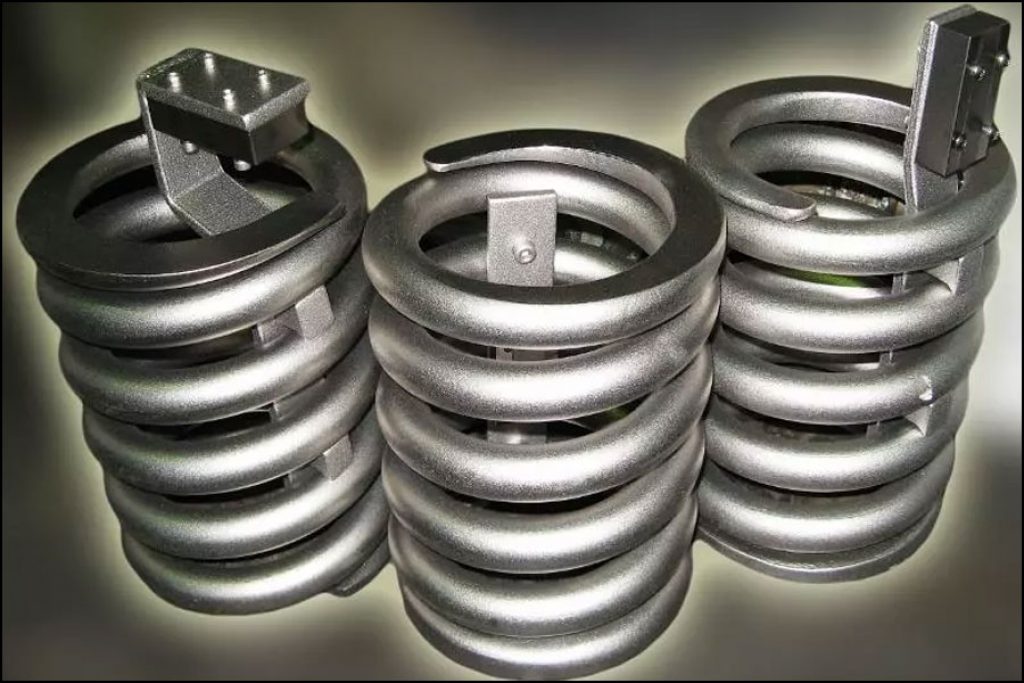 In order to permanently fix the length and pitch of the spring, it will be fully compressed so that all the coils are in contact with each other. Some manufacturers repeat this process many times. 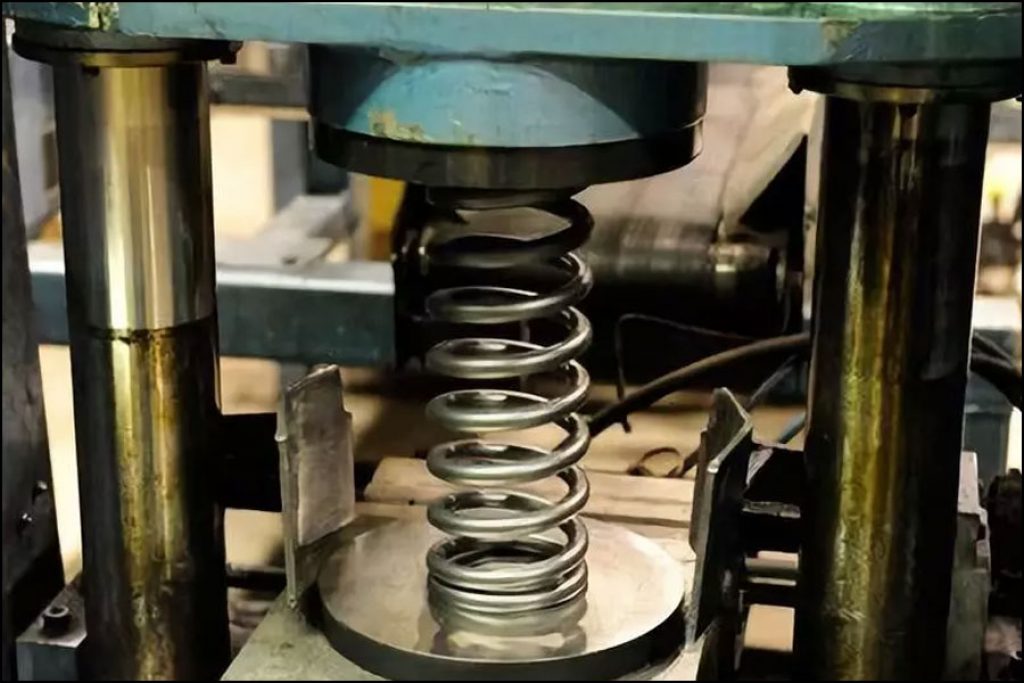 In order to prevent corrosion, the entire surface of the spring is protected by painting, dipped in liquid rubber, or coated with another metal, such as zinc or chromium. One of the processes is called mechanical coating, which involves rolling the spring in the container with metal powder, water, accelerator and glass beads, and pressing the metal powder on the surface of the spring. Or, in electroplating, the spring is immersed in a conductive liquid, which will corrode the plated metal instead of the spring. A negative charge is applied to the spring. The plating metal is dissolved in the liquid, and it is given a positive charge. When the plating metal dissolves in the liquid, it releases positively charged molecules, which are attracted to the negatively charged spring, where they form chemical bonds. Electroplating will embrittle carbon steel springs, so shortly after plating (less than four hours), they must be baked at 325-375°F (160-190°C) for four hours to counteract embrittlement. The fundamental reason is that electroplating can cause hydrogen embrittlement. 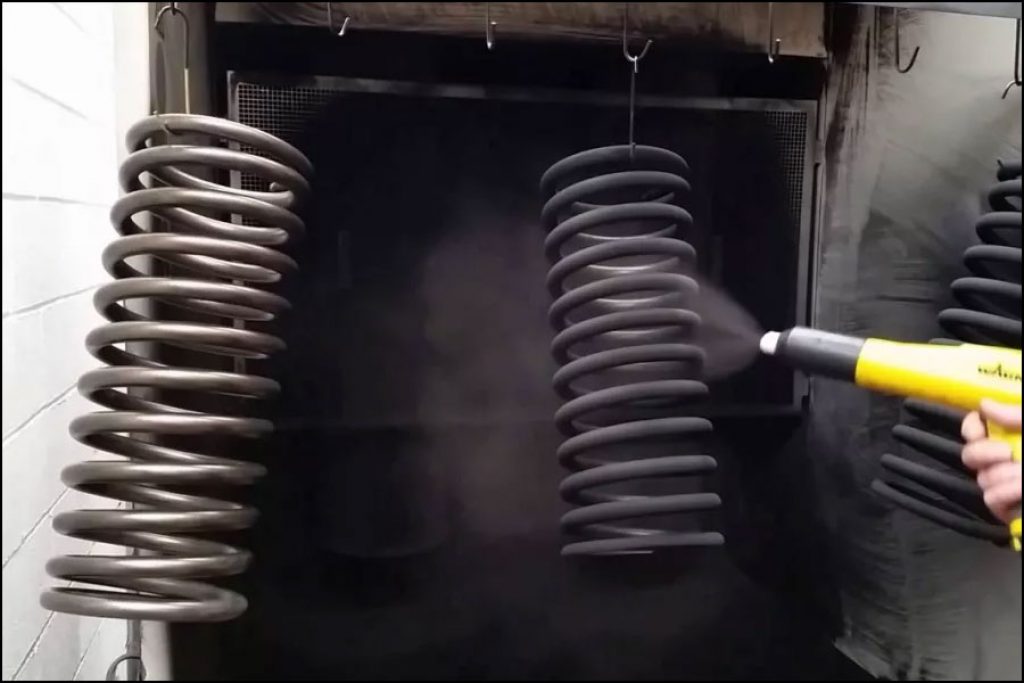 A certain number of springs can simply be bulk packed in a box or plastic bag. However, other forms of packaging have been developed to reduce spring damage or entanglement. For example, they can be individually bagged, tied to wires or rods, enclosed in tubes, or pasted on sticky paper.

Various testing devices are used to verify whether the completed spring meets the specifications. The test device measures the hardness and elasticity of the metal and the amount of deformation under a known load. Springs that do not meet specifications will be discarded. Statistical analysis of test results can help manufacturers identify production problems and improve processes, resulting in fewer defective springs.

About one-third of defective springs are caused by production problems. The other two thirds are caused by defects in the spring wire. In 1998, researchers reported that there is a spring linearity test, which can be used to screen out unqualified wires. 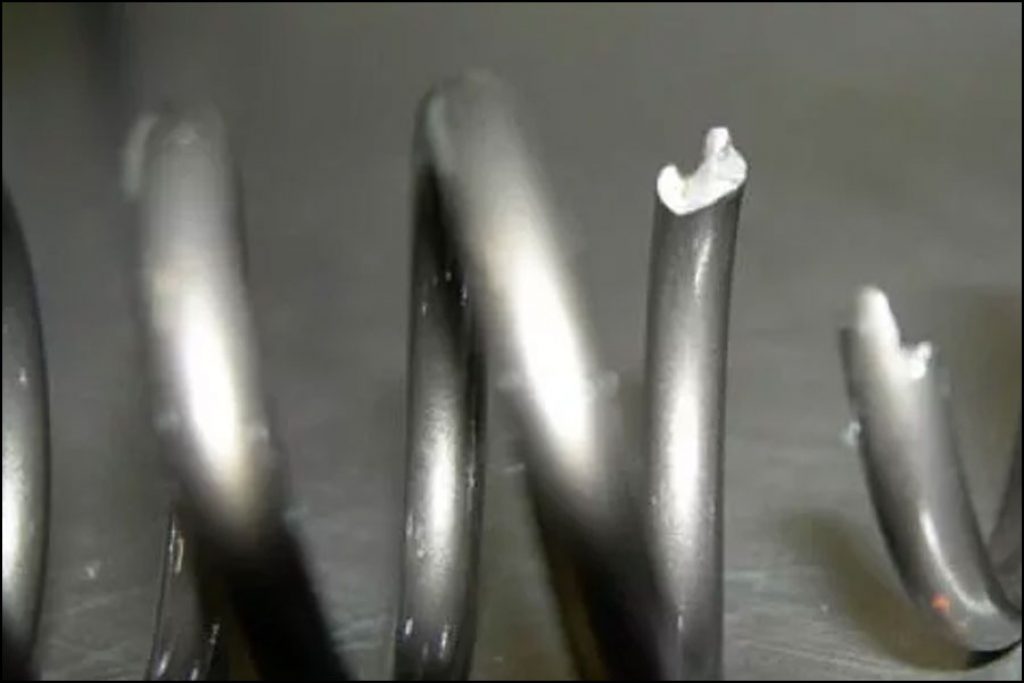 The computer-operated winder can improve quality in two ways. First, they control the diameter and pitch of the spring more accurately than manual operation. Secondly, by using piezoelectric materials whose size changes with current input, the winding head can accurately adjust the measured values of spring characteristics in real time. Therefore, these smart machines reduce springs that do not meet specifications and must be discarded.

What Is The Pollution Of Beryllium

The Applications Of Beryllium Copper

How To Clean The Surface Of Beryllium Copper

What is Beryllium Copper?

Can Copper And Steel Be Welded Together

The Bright Annealing Process Of Copper Alloy Strip And Wire

Why Ammonia Corrosion Are Common For Copper And Its Alloys

Since 1995,Wonder Copper is proud to own and operate six branches throughout China. Wonder Copper offers the broadest line of metals available from one distributor –beryllium copper Sheet&Plate, Flat bar,square bar,round bar,wire as well as a large line of specialty metals and accessories. This, coupled with the company’s service offering that includes cnc machining, forging and mold manufacturing, has allowed Wonder Copper to become a full service operation working with companies of all sizes.